Celebrate the beginning of 2013 at exciting Charleston, South Carolina events. Mark your calendar today so that you can experience all of the Charleston events scheduled for January 2013. Hosting or attending an upcoming Charleston event that is not currently on the list? Submit your event today!

If you are visiting Charleston, South Carolina during the month of January, please reach out to our local hotel partners for excellent hotel discounts. Explore www.CharlestonSC-Events.com to learn more about Charleston's local attractions, restaurants, and even more upcoming events!

Charleston Restaurant Week
January 10 - 20, 2013
Food lovers across the state are getting excited for this culinary event in Charleston, South Carolina. Enjoy the world-renowned cuisine of the Lowcountry as participating restaurants offer prix fixe menus consisting of three items. Call 843-577-4030 for more information.

Music of Stage and Screen
January 19, 2013 at 7:30PM
The North Charleston Pops! presents music from great films and classic Broadway shows, featuring the father-daughter duo of Tim and Sara King. Famous movie memories will fill your head to the sounds of the amazing award-winning scores. Included are songs from Somewhere in Time, Pirates of the Caribbean, Jurassic Park, Star Wars, and more. Call 800-745-3000 for tickets and then plan ahead for more exciting Charleston Concerts.

Robin Williams
January 25, 2013
Visit the North Charleston Performing Arts Center on January 25, 2013 for An Evening Sit Down With Robin Williams. This Academy Award Winning actor continues to impress audiences as he adds to his repertoire of unforgettable characters.

2013 Gopher Ball Supporting The First Tee
January 26, 2013 from 6PM - 11PM
The Charleston Gopher Ball is an annual event to raise funds and increase awareness for The First Tee of Greater Charleston. Join us at The Alley in downtown Charleston, SC - Charleston's hottest new spot to eat, dink, and bowl. Admission includes an evening of food by the Home Team Kitchen, an open bar, bowling, skeeball, dancing, and more. The Charleston Gopher Ball is a 'Caddyshack' themed event, so all 400 guests are encouraged to dress in 'Caddyshack' themed attire! Click here for more information.

The North Charleston Performing Arts Center, Charleston Dock Street Theatre, and other Charleston venues present incredible performances for the local Charleston community and visitors from out of town. Professional dancers, singers, and talented artists will entertain audiences of all ages this January, February, and March 2013.

Plan ahead with family and friends so that you can experience these incredible Charleston events. Visiting Charleston from out of town to attend an upcoming performing arts event? Take advantage of hotel discounts from our local hotel partners. We look forward to seeing you at Charleston's upcoming events!

Blue Man Group
January 11 - 13, 2013
Blue Man Group is best known for their wildly popular theatrical shows and concerts which combine comedy, music, and technology to produce a totally unique form of entertainment. Although it is impossible to describe, people of all ages agree that Blue Man Group is an intensely exciting and wildly outrageous show. Call 843-529-5000 for more information.

North Charleston Pops - Music of Stage and Screen
January 19, 2013
The North Charleston Pops! Presents music from great films and classic Broadway shows, featuring the father-daughter duo of Tim and Sara King. Guests can look forward to songs from Somewhere in Time, Pirates of the Caribbean, Jurassic Park, and more. Call 843-529-5000 for more information.

The Secret Garden
January 25 - February 3, 2013
The Secret Garden tells the story of Mary Lennox, a spoiled 11-year-old orphan, who is returned to England to live at her uncle's mansion. Mystery unfolds as Mary discovers family secrets and a hidden garden. Will Mary learn that caring for something as simple as a garden can unlock the key to her heart and soul? Call 843-577-7183 for more information.

Yes! It's Gershwin
February 9, 2013 at 7:30PM
You've never seen A Rhapsody in Blue staged like this before! Jill Eathorne Bahr choreographs the music of the great George Gershwin again. Just as she did ten years ago with An American in Paris, Ms. Bahr has created another of her lovely, poetic compositions for one of Gershwin's most well-loved compositions.

A Woman Called Truth
February 15 - March 3, 2013
A Woman Called Truth chronicles the remarkable story of Sojourner Truth from the day she was a slave girl and sold away from her family, through her struggle to free herself and her son, to her emergence as revered leader and farsighted advocate for abolition, and visionary pioneer for women's rights. A Woman Called Truth combines Truth's actual words with authentic slave songs, spirituals, and folk songs of the period to tell a moving and powerful story. Call 843-577-7183 for more information.

Boeing - Boeing
March 8 - 24, 2013
It's the swinging 60's and, in Paris, and American playboy is juggling love affairs with three sexy stewardesses, one from TWA, one from Lufthansa, and one from Air Fance. When all three unexpectedly turn up at his apartment on the same night, the comic fireworks begin. With the slamming doors of a frenzied French farce, Boeing-Boeing has had audiences laughing in the aisles in London and New York revivals, and is sure to delight Charleston's funny-bone. Call 843-577-7183 for more information.

If you are hosting or attending an upcoming performing arts event that is not currently on this list, please contact us so that we can add your event for FREE!

Take advantage of excellent discount hotel rates from the Staybridge Suites North Charleston, and the Hyatt Place Airport / Convention Center hotels when you travel to Charleston for an upcoming concert or comedy show!

Attending a show or concert that is not on the list? Contact us today so that we can add it to our list of upcoming concerts and comedy shows in Charleston, South Carolina. We look forward to hearing from you! 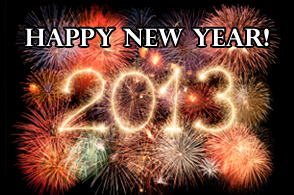 Ring in the New Year with family and friends at Charleston's favorite holiday celebrations. Dance the night away at the Rose Ball, sail through the harbor on a special holiday cruise, or take the entire family to the Winter Carnival. New Year's Eve Celebrations in Charleston, South Carolina will entertain people of all ages and interests this December 2012. Check out the exciting New Year's Eve events listed below and start making your holiday plans today!

Visiting Charleston to celebrate the New Year? Take advantage of excellent discount hotel rates from our local hotel partners! If you live in Charleston, share these awesome hotel deals with family and friends so that they can visit you for the last holiday event of the year. Welcome 2013 in style at Charleston's favorite New Year's Eve events!

The Rose Ball in Charleston SC
December 31, 2012
Celebrate New Year's Eve at an exclusive collaboration between Boris Van Dyck of IceBox Bar and Camille Key of Charleston After Dark at the Johnson Hagood Stadium in Charleston, South Carolina. Guests will enjoy a fashionably upscale New Years Eve Ball at Club Level from 9PM until 2AM, with all-inclusive hors d'oeuvres and bar service. Guests can look forward to different genres of entertainment, visual and artistic production on the football field and beautiful rooftop views of the entire city. Visit www.CharlestonRoseBall.com for more information.

Noon Year's Eve at Children's Museum of the Lowcountry
December 31, 2012 from 9AM - 2PM
With a glitzy, glittery ball drop at noon, rainbows of confetti, sparkly art projects and all kinds of energetic fun, families will enjoy New Year's festivities all before bedtime. Because of who says New Year's Eve is just for adults? This event is FREE with Museum Admission or CML Membership and recommended for all ages! Visit www.explorecml.org for more information.

Winter Carnival at the Holiday Festival of Lights
December 31, 2012 from 5:30PM - 11PM
The Winter Carnival Holiday Festival of Lights will entertain the entire family on New Year's Eve. Enjoy amusement rides, an old-fashioned carousel, a portable climbing wall, inflatables, and much more. At 9PM, ring in 2013 with a bang with the spectacular New Year's Eve fireworks show! A $10 wristband gives you access to unlimited rides on the attractions (festival train not included). Call 843-795-4386 for more information.

New Year's Eve Dinner Cruise
December 31, 2012 - Boards at 9PM
Celebrate the New Year aboard the SpiritLine Dinner Cruise. The chef will prepare an exquisite four course dinner that is sure to delight, served by an attentive wait staff, eager to make your experience exceptional. Enjoy the best that Charleston has to offer while cruising aborad the elegantly deocrated Spirit of Carolina. Call 843-722-2628 for more information.

New Year's Eve Sail-ebration Cruise in Charleston
December 31, 2012 - Boards at 9:45PM
Kick start your New Year and kick up your heels on the Sail-ebration cruise. The Spirit of teh Lowcountry will be rock' the harbor and rollin' on the river with awesome dance music provided by your favorite DJ, Ric Rush. A pleasing menu of heavy hors d'oeuvres and a cash bar will be available.  Call 843-722-2628 for more information.

After your plans are set for New Year's Eve, check out our 2012 Holiday Challenge. Celebrate Christmas in Charleston by attending as many holiday events as you can during the 2012 Holiday Season!